In order to use this website, you must be 18 years or older.

Please enter your e-mail address in order to download our catalog.

The legendary terroir of Château Marsyas

The entrepreneurial and persistent Saadé family has a deep-rooted passion for wine. As wine production continues and the physical scars are now healing, the mental scars go much deeper. Discover the story behind two estates, two countries and two war wines.

Read this article in Dutch or French.

The Saadé family is deeply rooted in the region of Laodicea (Syria), Tripoli (Lebanon) and the area of Mount Lebanon. Its history goes back to the 18th and 19th centuries when the family was active in trade, transport and maritime industry. It is therefore not entirely coincidental that the current generation, father Johnny Saadé with his two sons Karim and Sandro, have the entrepreneurship of their forefathers in their blood and turned a long-lasting dream into reality: despite many setbacks, make a groundbreaking wine in the Lebanese Bekaa valley. 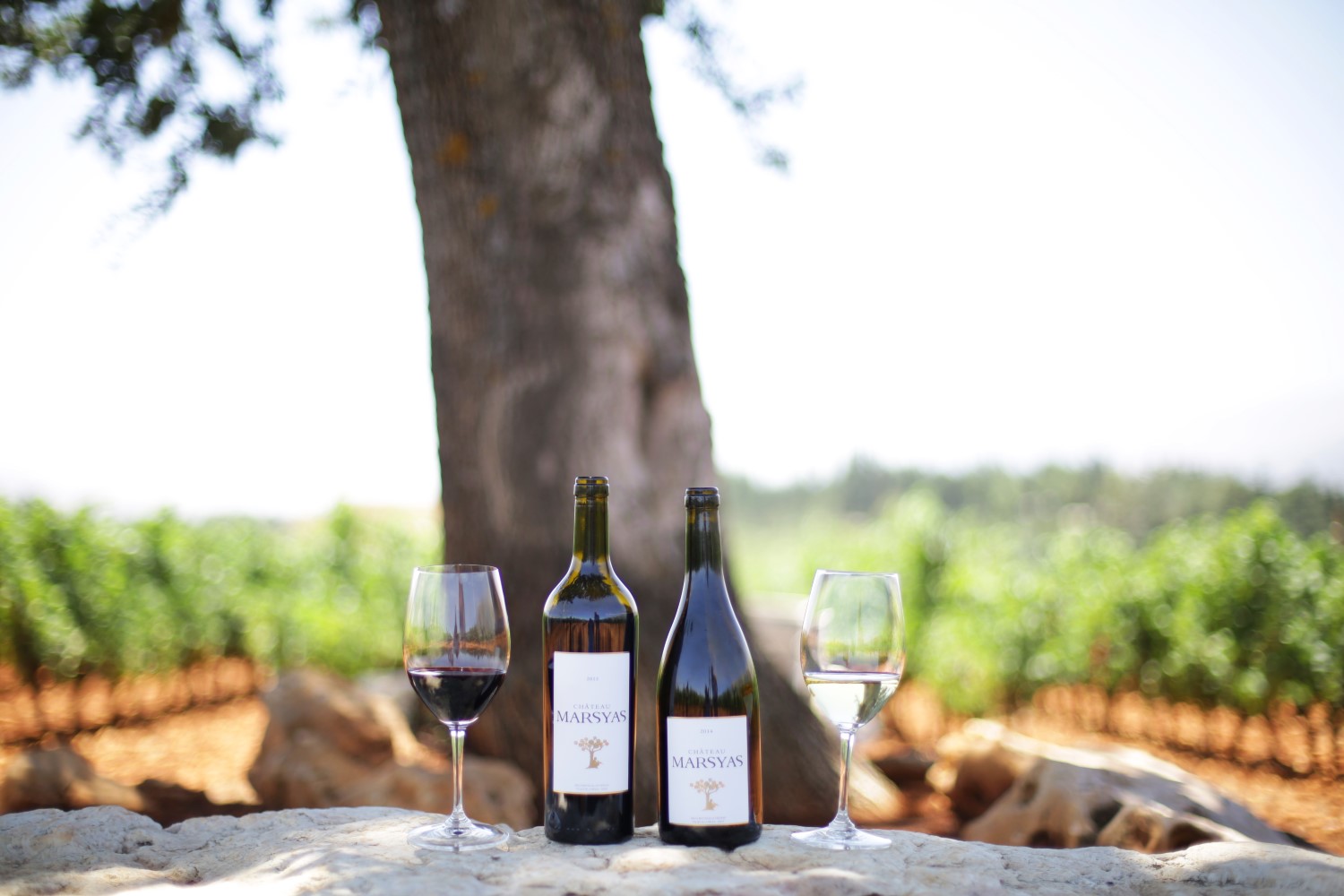 Johnny Saadé does not like unfinished business, on the contrary. He took it big, on a grand cru level. He fell in love with a historic wine region and started 2 ambitious projects in the Middle East. One of the projects is in northwestern Syria, a mountainous region cut in half by the river Oronte. It is a renaissance of a thousand year old but forgotten vineyard called Mont Bargylus.

First the Romans and then the Greeks developed this vineyard that covered a large part of the mountains. Yet the vine was born here much earlier, even more than a thousand years before the Greco-Roman period. About the same time as the emergence of money and the alphabet. Bargylus is the name of the domain, its identity, or say the link between the terroir of today with the greatness of a bygone era. The other project is located in the Bekaa valley in Lebanon and these wines are marketed under the name of Château Marsyas.

The other project is located in the Bekaa valley in Lebanon and these wines are marketed under the name of Château Marsyas. 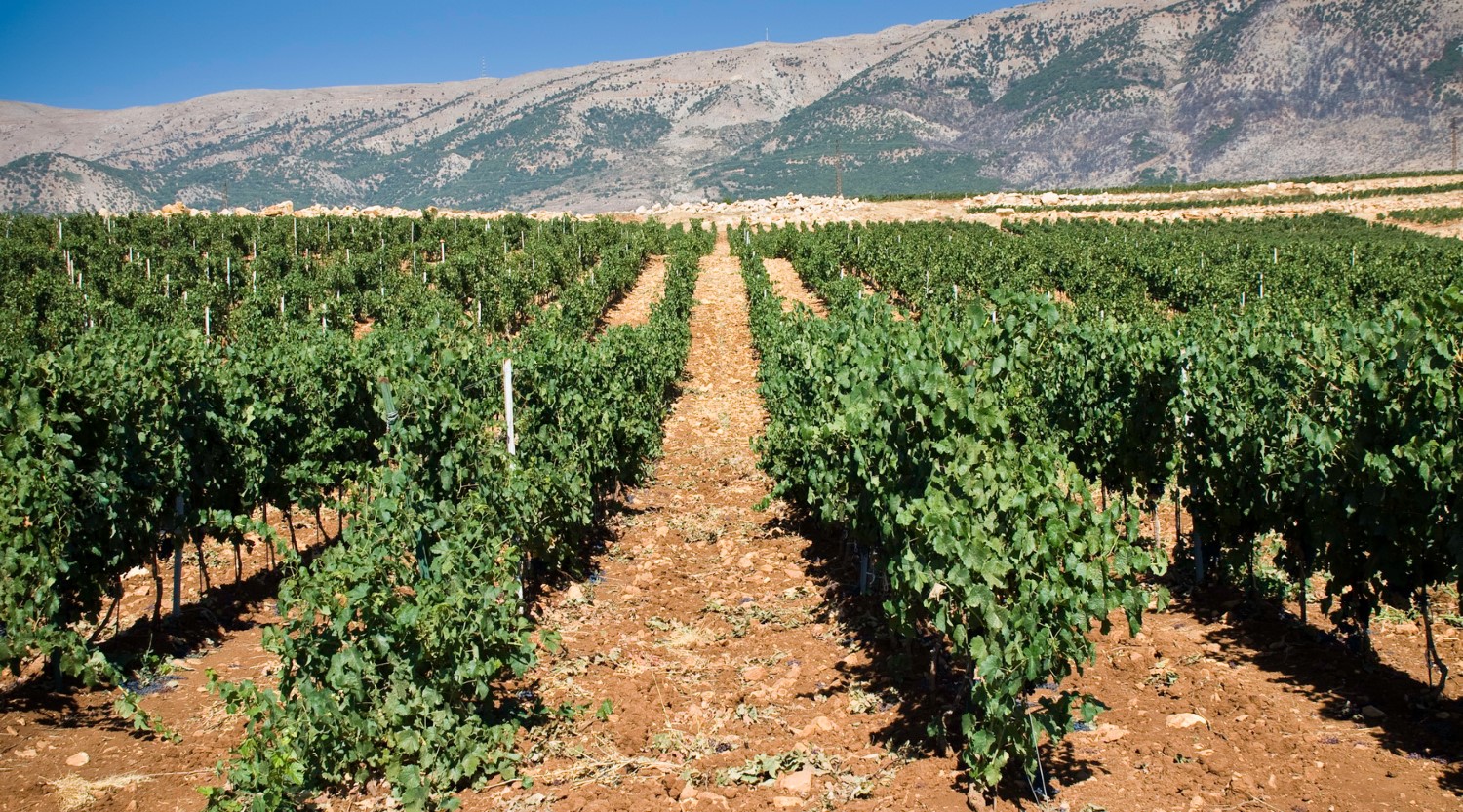 When the Saadé family started this ambitious project 18 years ago they never thought that this adventure would be filled with many obstacles: the war in Syria, the financial and economic crisis in Lebanon, the Covid-19 and more recently the explosion in the port of Beirut.

Making wine in Syria is a major challenge in itself given the lack of wine culture and infrastructure. The task became more difficult with the outbreak of the war. The Saadé brothers have been unable to visit the estate since the beginning of the conflict in 2011. In addition to the obvious safety issues, Bargylus also faces a logistical challenge: harvesting is done by telephone by the two brothers. Grape samples are sent by taxi for tasting in Beirut to determine harvest dates for each plot; laboratory tests are carried out outside the country; and exporting the wines is an extraordinarily complex process.

The explosion that took place in Beirut on August 4, 2020, which left hundreds of people dead and thousands injured, was another heavy setback to the family. The explosion took place 600m from the administrative offices of Château Marsyas and Domaine de Bargylus. At the time, Johnny R. Saadé and his sons Karim and Sandro and the majority of the team, were still in the office. The building was completely destroyed and father Johnny was badly injured. 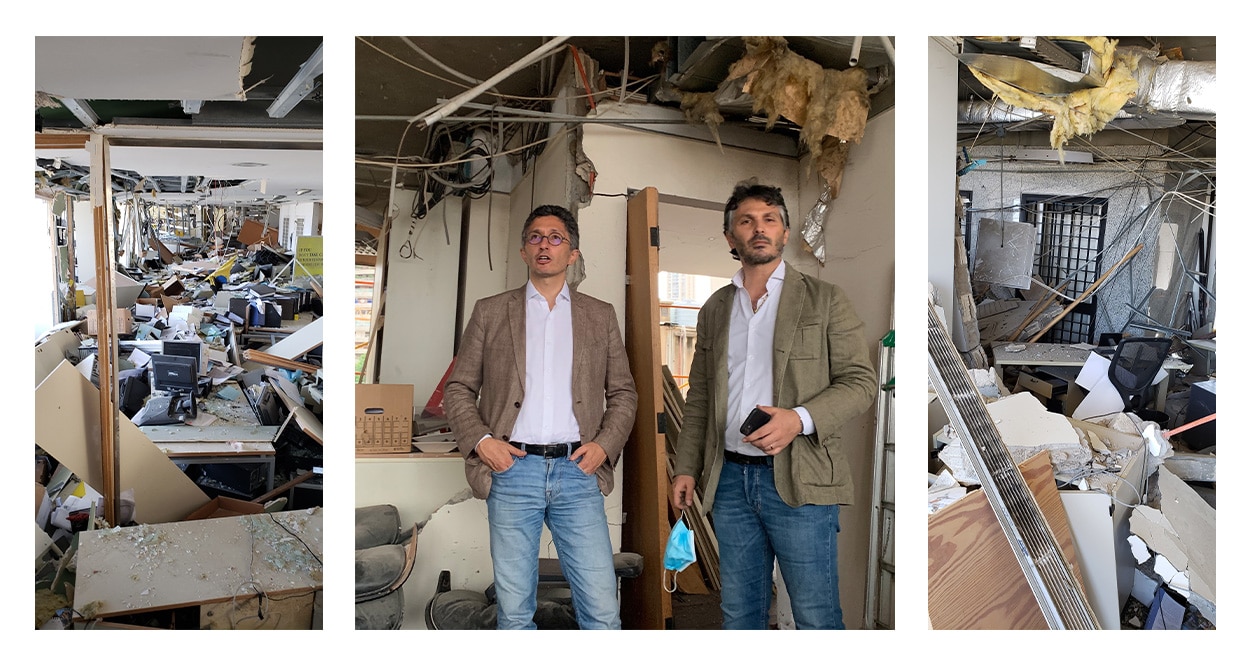 Despite these setbacks, the Saadé family is optimistic about the future. For example, Château Marsyas is currently working with several other vineyards to set up an AOC system in Lebanon. In addition, they are busy rebuilding the administrative offices, while they continue working closely with their good friend and international consultant Stéphane Derenoncourt.

Despite the explosion and political and economic crisis in Lebanon, winemaking is not as difficult as in Syria, which is also suffering from an economic crisis and currency devaluation. Still, it remains difficult to manage a vineyard remotely in a country at war that initially lacked an established modern wine culture. Yet the family derives enormous satisfaction from wine culture we cannot deny that they create excellent wines. 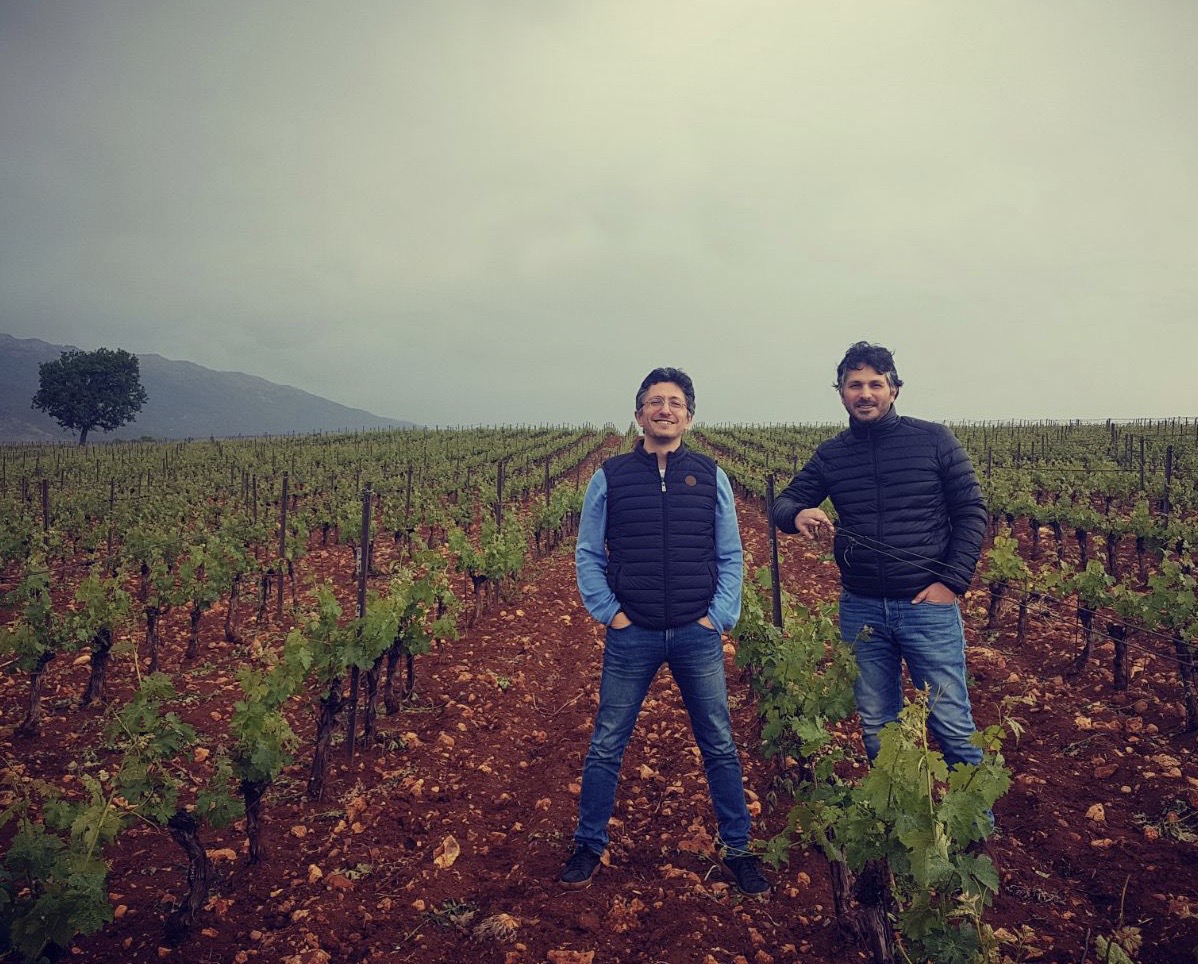 Their grapes grow in clay and limestone and in perfect conditions on a field of 65 hectares. It’s located 900 meters above sea level. The grapes varieties are Syrah, Cabernet-Sauvignon, Merlot and Petit Verdot for red and Sauvignon Blanc and Chardonnay for white.

The Mediterranean climate and altitude are responsible for both the strength and the elegance of the wines. In addition, there is the calcareous soil, strewn with boulders, which provide the vines with the necessary moisture. Fortunately, there is the maritime influence and the mineral character that provides a welcome freshness in these powerful character wines. 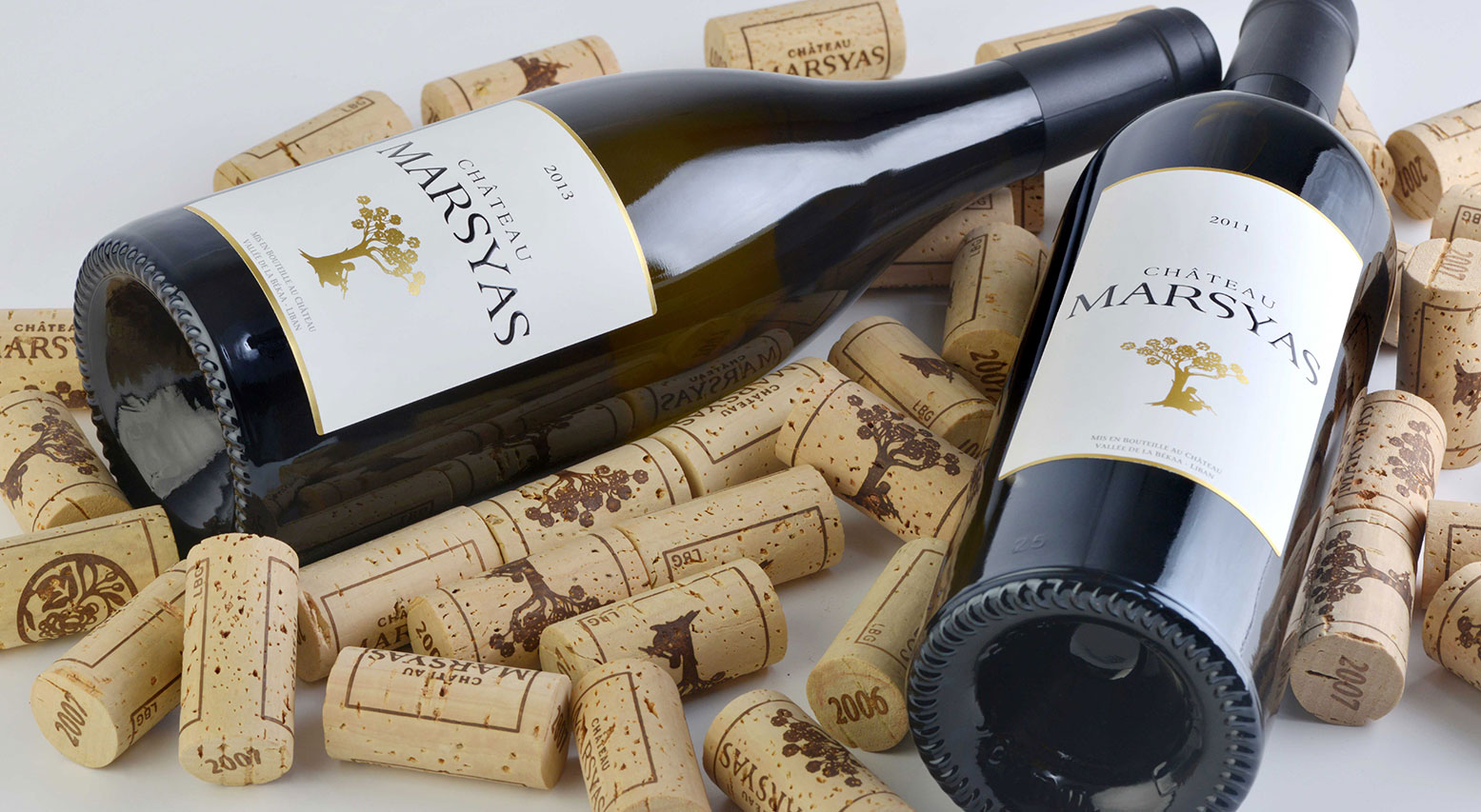 The vineyard of Domain Bargylus

Typically Mediterranean, Bargylus elegantly combines strength and finesse: the aromatic range is defined by fresh fruit and the minerality transferred from very stony soils. You can taste the balance between the sweetness that comes from a beautiful sun ripening and the salt content from the limestone.

The vineyard of Chateau Marsyas

The domain stretches from north to south between Mount Lebanon and Anti-Lebanon at an altitude of almost 1000 meters. This red soil, full of iron, forms a clay and limestone soil that is beneficial to the vines. This limestone forces the roots of the vine to dig deep into the soil in search of the nutrients it needs. This is reflected in a taste of freshness that offsets the natural strength of the wines.

As wine production continues and the physical scars are now healing, the mental scars go much deeper. Yet their deep-rooted passion for wine keeps them from giving up. Thankfully, because of this we can enjoy the excellent wines of this entrepreneurial and persistent family. 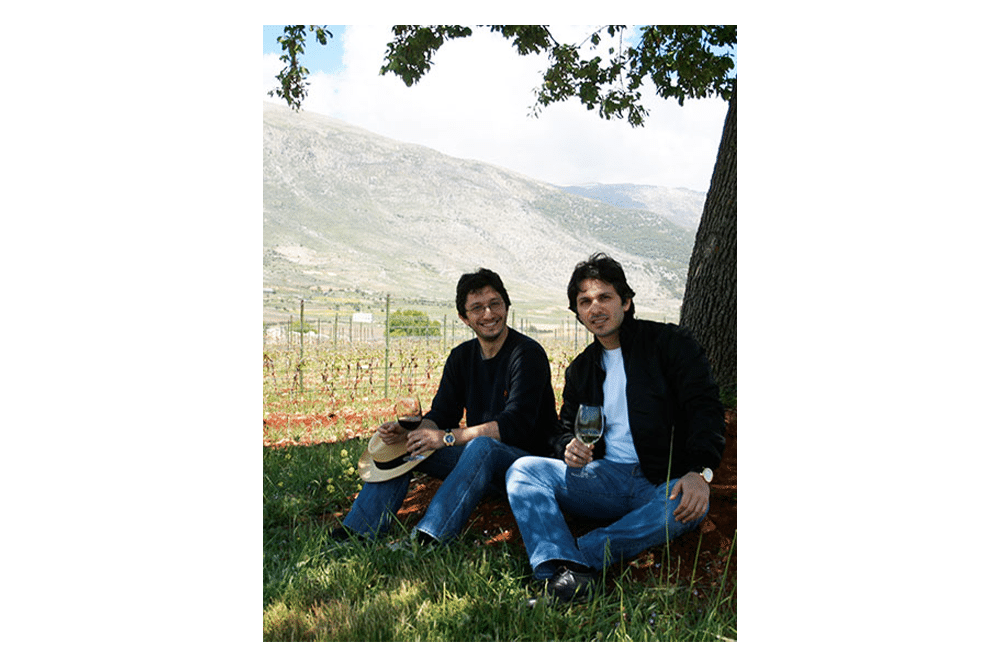 Discover the wines of Château Marsyas yourself?